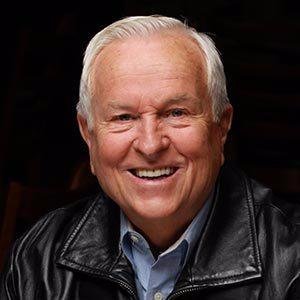 Topic: Did Jesus really rise from the dead?

Join us on June 22nd for Equip as renowned apologist and speaker, Josh McDowell, speaks on the topic of Jesus’ Resurrection. The Resurrection is either one of the greatest facts of history or one of the greatest fables ever forced upon the minds of men and women. Disprove it, and Christianity is rendered useless. Using vivid illustrations and details of Christ’s crucifixion and burial, Josh masterfully shows that the Resurrection is true. Presenting astonishing historical evidence, exploring eye-witness testimony and debunking popular theories surrounding the empty tomb, Josh gives any true seeker confidence that they can put their faith in Christ.

Since 1960, Josh has written or co-authored 151 books in 128 languages including, More Than a Carpenter, over 27 million copies distributed and Evidence That Demands a Verdict, named one of the 20th century’s top 40 books and one of the thirteen most influential books of the last 50 years on Christian thought by World Magazine.

He truly believed that Christianity was worthless. However, when challenged to intellectually examine the claims of Christianity, Josh discovered compelling, overwhelming evidence for the reliability of the Christian faith. After trusting in Jesus Christ as Savior and Lord, Josh’s life changed dramatically as he experienced the power of God’s love.

In 1961, Josh joined the staff of Campus Crusade for Christ International. (now known as CRU) Not long after, he started the Josh McDowell Ministry to reach young people worldwide with the truth and love of Jesus.

Well known as an articulate speaker, Josh has addressed more than 46 million people, giving over 27,200 talks in 139 countries.

As he traveled to other countries, Josh quickly realized that where people were sick, homeless, and hungry, words were not enough.

In 1991, Josh founded Operation Carelift to meet the physical and spiritual needs he discovered in orphanages, hospitals, schools, and prisons in the countries of the former Soviet Union. Since that time, Operation Carelift has delivered humanitarian aid (food, clothing, and medical supplies) worth more than $46,000,000. That is the equivalent of 278 forty-ton containers. Nearly one million children have received school supplies, food items, hygiene items, and toys from the volunteers that traveled twice a year to share God’s love with them.

Josh has received two significant honors from the Russian people because of these efforts. He is the only non-Russian to receive an honorary doctor of pediatrics degree from the Russian Academy of Medicine — in recognition of his work among the children of Russia. Also, Josh is the only foreigner to become a member of the prestigious Russian Club of Scientists.

Operation Carelift, which has grown into one of the largest humanitarian aid organizations based in the United States, is now a part of UNTO (formerly known as Global Aid Network).

In the United States, Josh and his team have created many cutting-edge live events to help young people stand strong and firm in their faith in the face of a rapidly changing culture. These have often developed into full-blown campaigns, such as:

In addition to many other awards, Josh has been nominated 36 times for the Gold Medallion Award and has received that award on four occasions.

In spite of all the honors and awards he has received, Josh will tell anyone that his greatest joys and pleasures come from his family. He and his wife Dottie have been married 48 years. They have four children and ten grandchildren.

why does equip exist?

Connect Silicon Valley is looking to bring Christ to the hearts of those in the Valley. To achieve this, we need to equip Christians to reach their non-Christian colleagues, families and friends with love.

The technology world needs to know that Christianity is not a Blind Faith and it is not a religion of the gullible but rather the intellectual conviction of many of the deepest thinkers, the greatest scientists, and the greatest philosophers. From Augustine to CS Lewis, from Newton, Kepler, Faraday, Maxwell, and Pasteur to Pascal. From Ockham to Plantinga.

The very concept of the scientific method presumes the Philosophic concept of rationality that logically cannot arise from randomness.

"Supposing there was no intelligence behind the universe, no creative mind. In that case, nobody designed my brain for the purpose of thinking. It is merely that when the atoms inside my skull happen, for physical or chemical reasons, to arrange themselves in a certain way, this gives me, as a by-product, the sensation I call thought. But, if so, how can I trust my own thinking to be true? It's like upsetting a milk jug and hoping that the way it splashes itself will give you a map of London. But if I can't trust my own thinking, of course, I can't trust the arguments leading to Atheism, and therefore have no reason to be an Atheist, or anything else. Unless I believe in God, I cannot believe in thought: so I can never use thought to disbelieve in God."

how does equip help people connect with god and with each other?

We spend 1/3 of our lives with our colleagues at work. How do we engage with them on the most important topic of all -eternal life- while maintaining their intellectual and scientific respect? We need to do this without being awkward or being seen as some sort of a fanatic. Equip provides regular training in how to answer some of the toughest questions of life, and provides answers as to why Christianity is true.

Some topics we cover: